Connecting the SmartCable™ Keyboard gage interface with its built-in keyboard wedge to a computer will allow the A&D AD Balance to be identified as a keyboard device that can send data to any Microsoft Windows application (like Excel) or internet explorer based SPC program - no complicated software wedge required.

This SmartCable Keyboard gage interface will make the A & D AD Series Analytical Balance readings appear as if they were typed in using a standard keyboard - eliminates data collection errors. If you want to collect SPC data into a Microsoft Excel or other spreadsheet applications, simply select the cell where you want the data to appear.

Readings can be triggered by the following:

A detailed operation manual is included with this SmartCable Keyboard. Advanced Systems & Designs normally sets the SmartCable Keyboard to the default settings on the A&D AD Series Production Weighing Unit. Make sure both the SmartCable and A&D Balance are set to the same values. Refer to the A&D AD-4212A/B Production Weighing Unit instruction manual for more information on external communication. 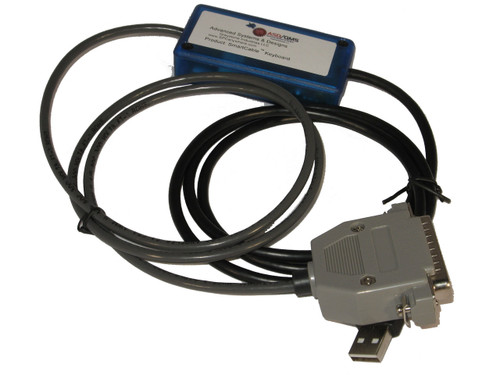